Bacon wrapped apples with a sweet touch of cinnamon and sugar are an appetizer you must try.  Apple Cinnamon Bacon Bites are amazing and simple to make!

We love the sweet and salty combo and like to serve these for any occasion!   This post contains affiliate links for the support of this blog. 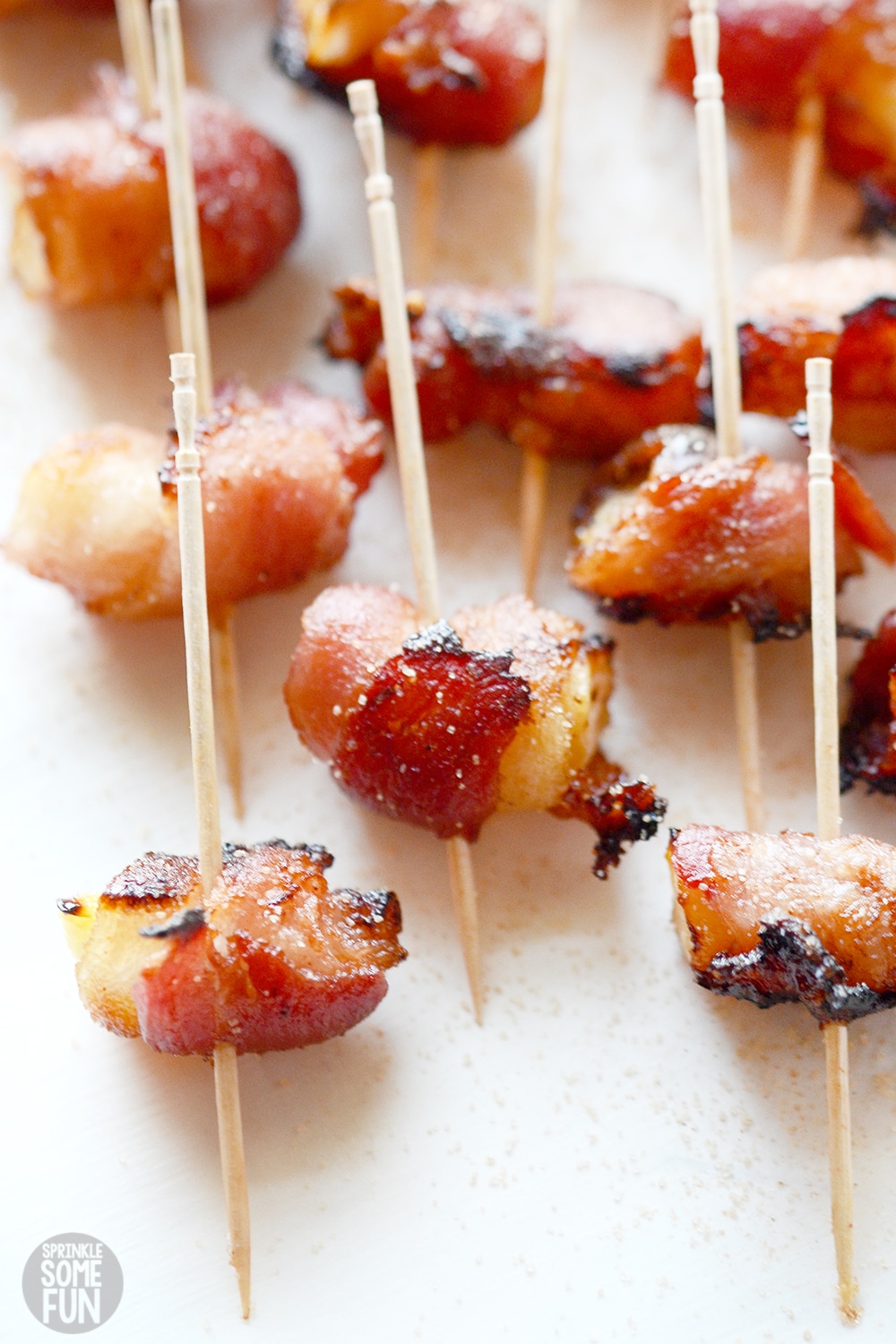 Since making the Sriracha Teriyaki Bacon Wrapped Chicken Bites last week I have been thinking of other foods to wrap in bacon.  Sometimes the simplest of ingredients produce the best tasting results.  It’s not hard to make a bacon taste good of course, but these Apple Cinnamon Bacon Bites are out of this world good! 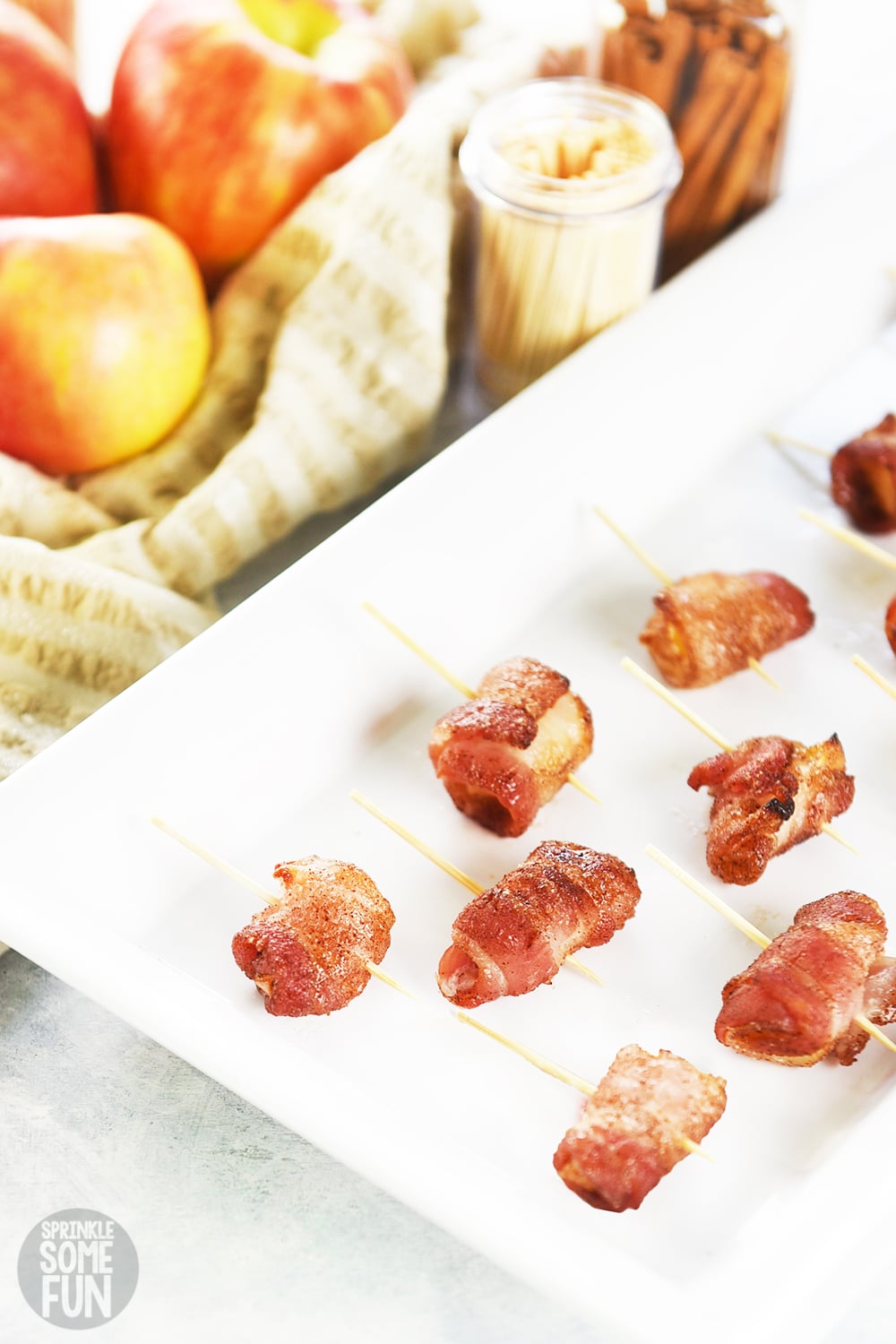 I love the pairing of the sweet apples with cinnamon and sugar wrapped up in bacon.   Since these Apple Cinnamon Bacon Bites have a touch of Cinnamon they would be perfect for Thanksgiving or a Christmas party.  Of course you don’t need to wait until you throw a party to try these!!! 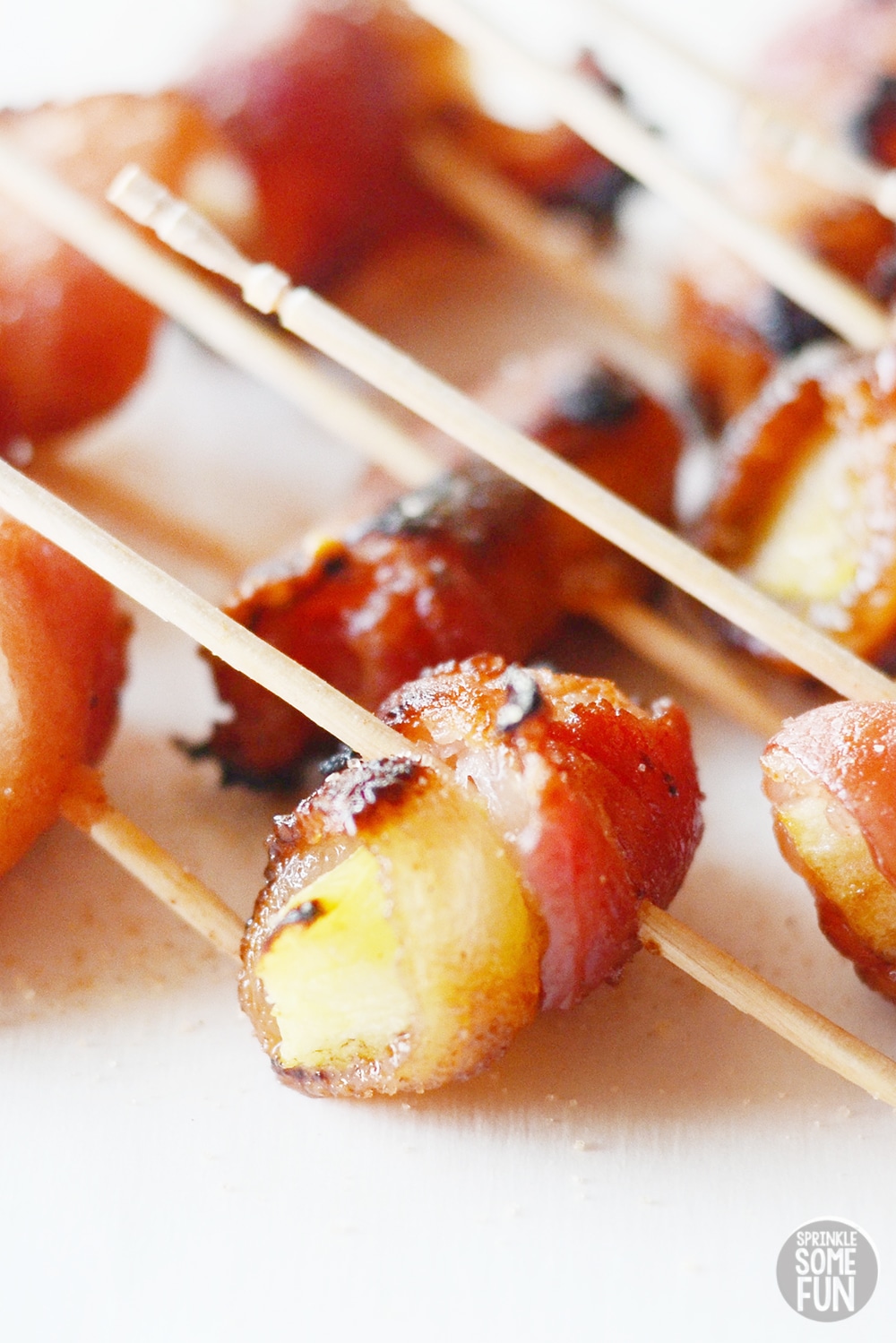 To serve these up I suggest using toothpicks and placing them on a tray.   They are easier to just pick up that way and if you serve them in a bowl then they will be eaten so much faster. 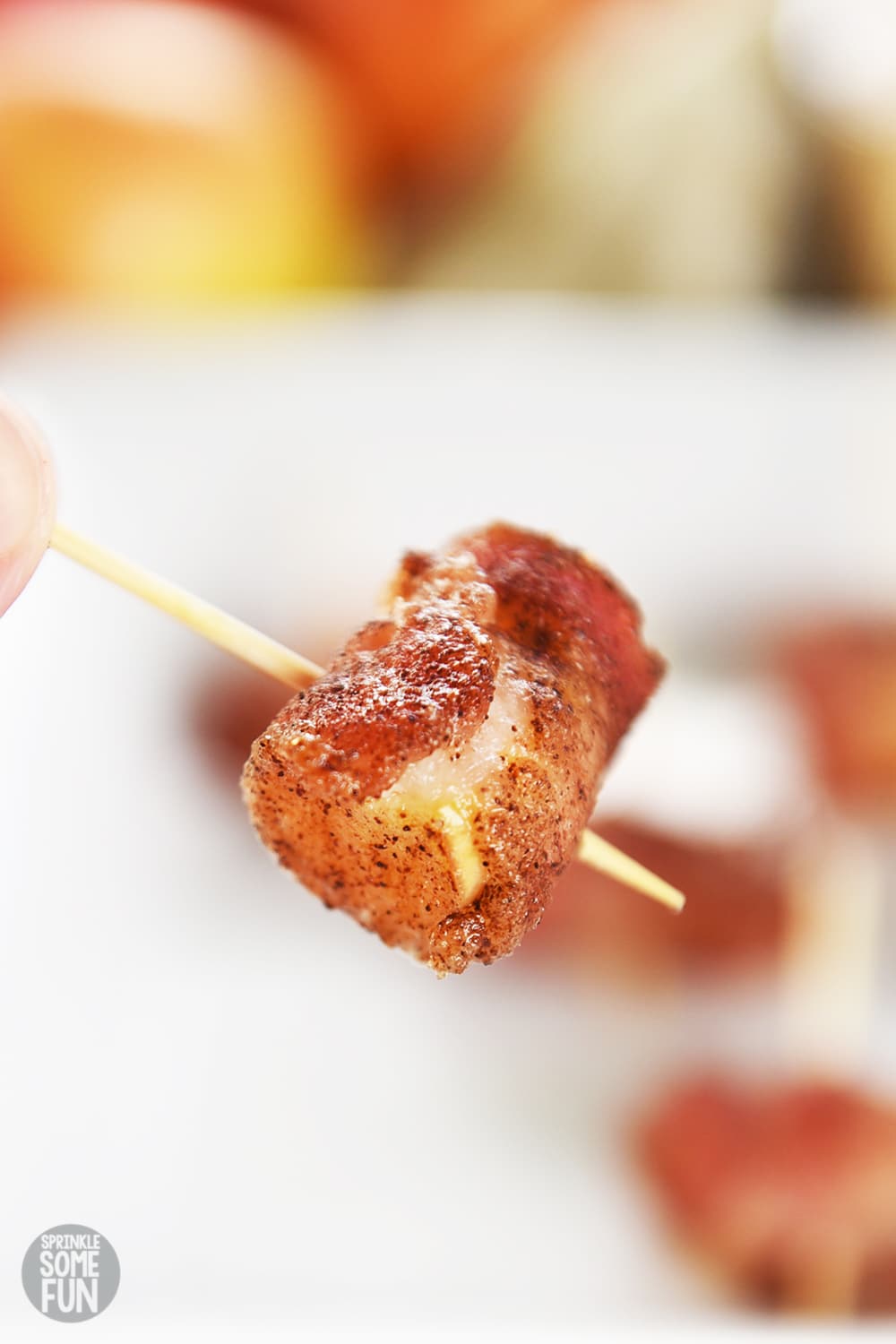 For whatever reason people take less when things have a toothpick in them!  That’s not to say that these won’t be gone in 60 seconds, but maybe the last person to fill their plate might get some! lol 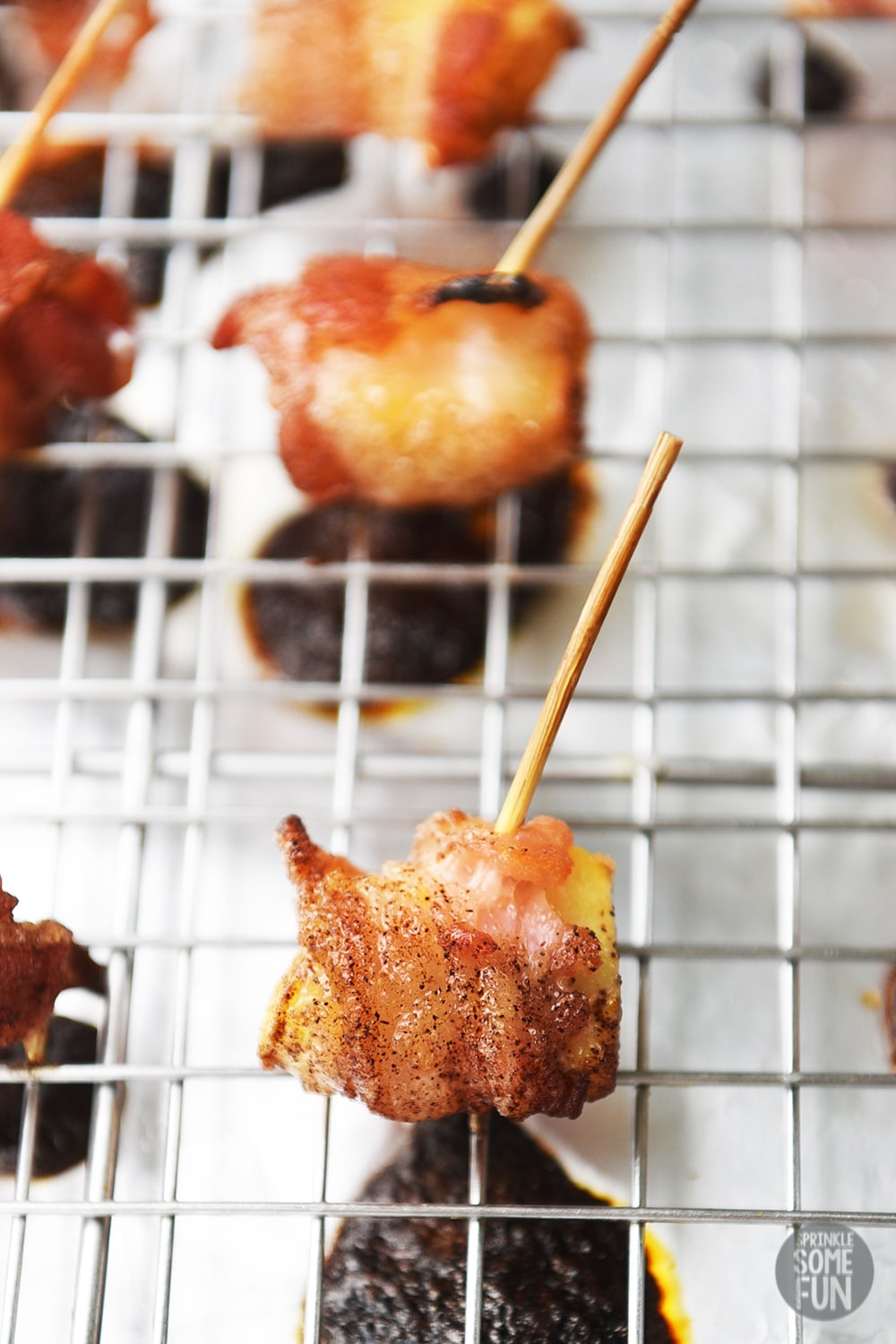 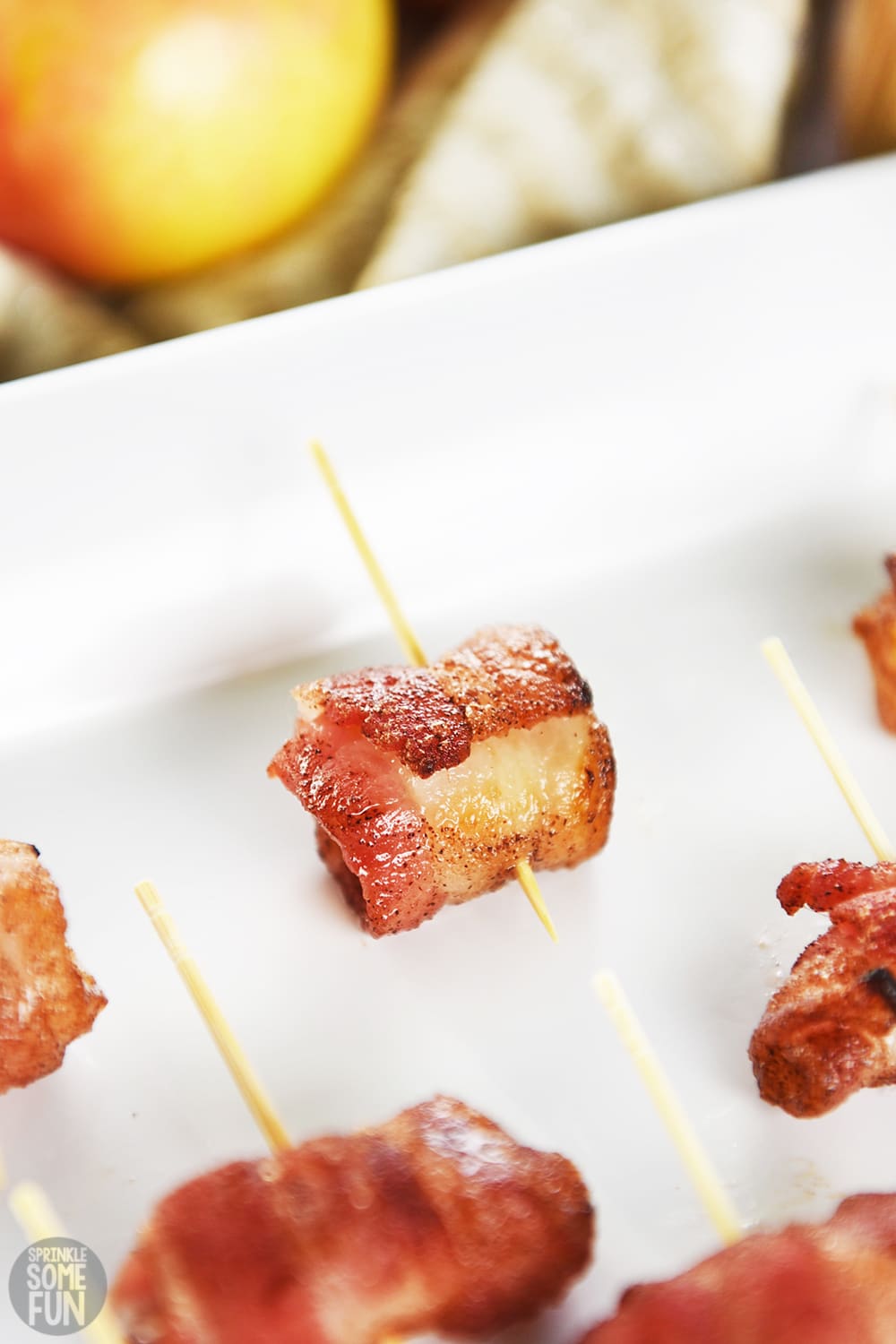 Apple Cinnamon Bacon Bites are so simple and amazing!  I know we will be making these often for the holidays and other get-togethers.

If you LOVE this recipe, please consider giving us a five star rating below.  You can also share your pictures of the recipe on Instagram and tag #sprinklesomefun so I can see it! 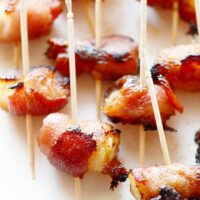 Be sure to check out all my other easy appetizer recipes too!  From creamy dips to fancier hors d’oeuvres

there is something for everyone to enjoy!

Here are some more BACON appetizers! 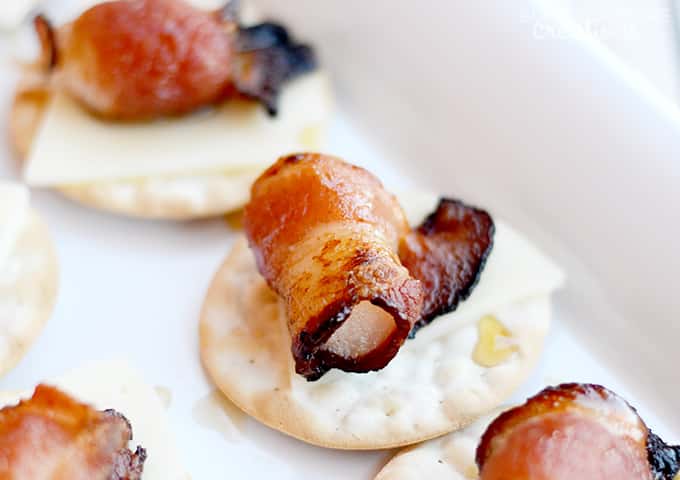 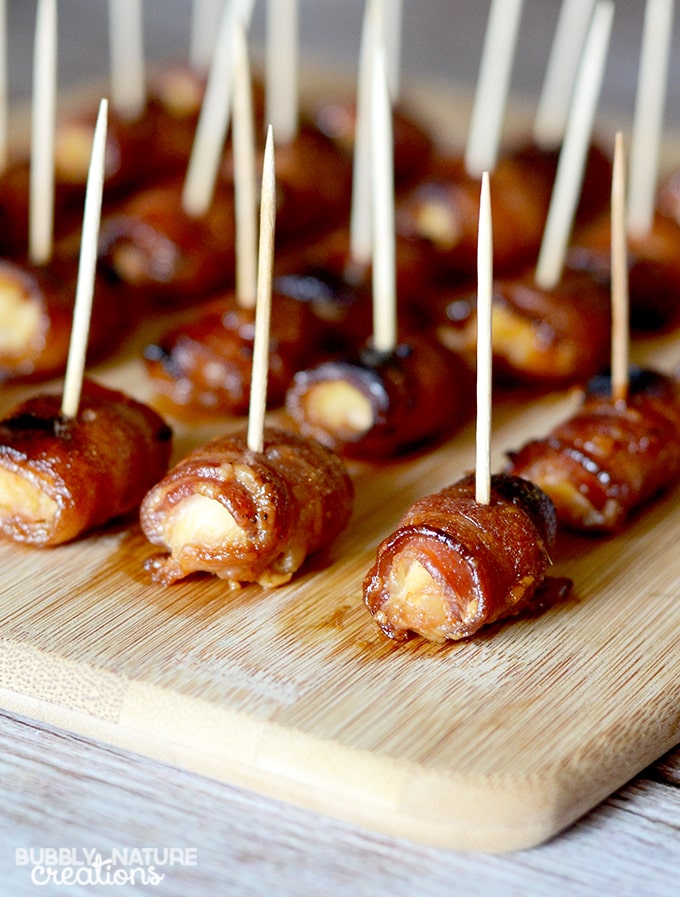 Thanks for sharing these Apple Cinnamon Bacon Bites, seems so delicious , will love to try these. , seems so amazing

[…] first featured appetizer is the Apple Cinnamon Bacon Bites, because does anything say fall quite like apples and cinnamon (besides pumpkin spice, of course). […]

Have you got an advice in terms of doing them in advance and freezing them?

Hit Up Fall With Hard Cider - Hmm What 2 Drink

[…] Preheat oven to a low broil or 400 degrees. Wrap 1/2 piece of bacon around each apple slice until you run out of bacon. Place each bacon bite on a foil lined baking sheet and sprinkle each bacon bite with the cinnamon sugar. Bake around 10 minutes each side or until the bacon is a deep brown and crisp on the edges. Take from heat and sprinkle a little more cinnamon sugar on top. Enjoy! (original recipe found here) […]