Chicken Tikka Masala Sandwiches are a nice change from turkey or ham and cheese!

The nicely spiced favorite dish called Chicken Tikka Masala is so good in sandwich form.  This is great for all the butter chicken you may have leftovers of!   “This shop has been compensated as part of a social shopper insights study for Collective Bias. “all opinions are my own” 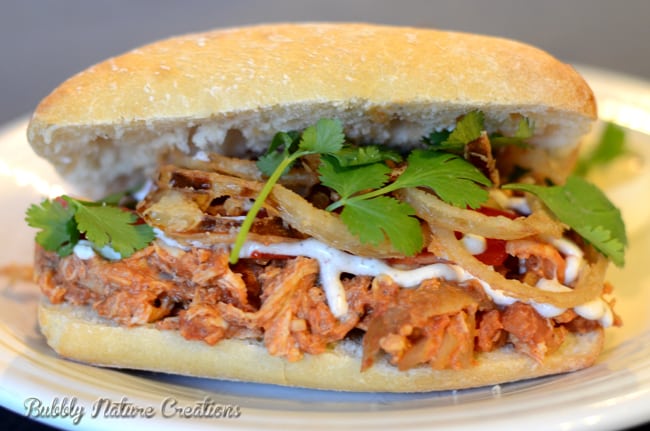 I am obsessed with Ecce Panis bread.  You just take it out of the package,  place in the oven for a few minutes and out comes the best home-baked bread!  This bread is really amazing!  Everyone always thinks that I make it from scratch! (shh, don’t tell !) ;P  It makes the best base for a Chicken Tikka Masala Sandwich! When I go Walmart I can find them easily in the bakery section next to all the specialty breads.  This time I grabbed 3 of the Ecce Panis Ciabatta loaves.  This type of bread is perfect on its own or it can also be used to make some delicious sandwiches. I am glad that I picked up 3 loaves!  The first night we had a Rotisserie chicken with potatoes and onions.   We served the Ecce Panis Ciabatta bread with it.  It was so good.  The only thing about the whole chicken is that we just can’t eat it all.  There are always leftovers!

I decided to use my leftovers and the Ecce Panis Ciabatta loaf to make a wonderful Gourmet dinner.   Want to know what I made? My inspiration for this sandwich was Chicken Tikka Masala (also known as “Butter Chicken”).  It’s an Indian dish with a tomato and cream based sauce and spiced with a spice blend called Garam Masala.  It has an amazing taste and I knew that it would be perfect for a sandwich. I combined the leftover chicken with a less “saucy” masala, topped it with a Garlic masala cream sauce, red peppers, shoestring onions, cilantro and put it onto the Ecce Panis Ciabatta bread for a wonderful Chicken Masala Sandwich!  I was surprised by how much chicken I got off of that bird!!!  I just sort of shredded it while I took it off and came up with 1 to 2 cups of chicken. To make an Easy version of Garam Masala (which is just a spice blend).  I use pickling spice because it is easily found at the grocery store and it has most of the spices that I need for Garam Masala already in it! Pickling spice is also perfect because all the spices are mainly intact.  Toast 3 Tbsp.  in a skillet for a few seconds until they let off their aroma.  Then grind them up in a coffee grinder until they are a fine texture. It should look something close to the pic above.   Now you have the freshest and best tasting Garam Masala!!! Wasn’t that easy? Once the onions are a translucent color then add the rest of the ingredients… it should be smelling awesome right now!! Next add the cream or table cream.  I think that this is probably one of the reasons I love this dish so much.  I just love anything that has cream!!! The next part you should actually begin before making the chicken mixture on the stove.  I would first heat up the frying oil and soaking the onions in some milk.  Then dredge them with the flour mix and fry for Masala Shoestring Onions (see recipe below).. Also bake your bread which only takes a few minutes (bake according to the package). Now you are ready to build your sandwich!  Start with the Ecce Panis bread that you have baked. 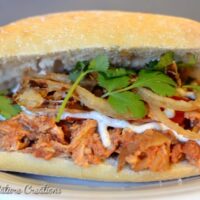 Chicken Masala or otherwise known as "butter chicken" is an Indian inspired dish that tastes great as a sandwich!  Make this with leftovers or on it's own!  So good!
Prep Time10 mins
Cook Time20 mins
Total Time30 mins
Servings: 4 servings
Author: Rachel