October is finally here and up until yesterday it has been HOT here in Oklahoma.  To say I am ready for Fall is an understatement so bring on the cool crisp air please.   It’s the perfect time to start making cute Oreo dirt cups with pumpkins and moons.  These Original Full Moon Pumpkin Patch Pudding Cups for Halloween Snacks  has been compensated and all content is my own. 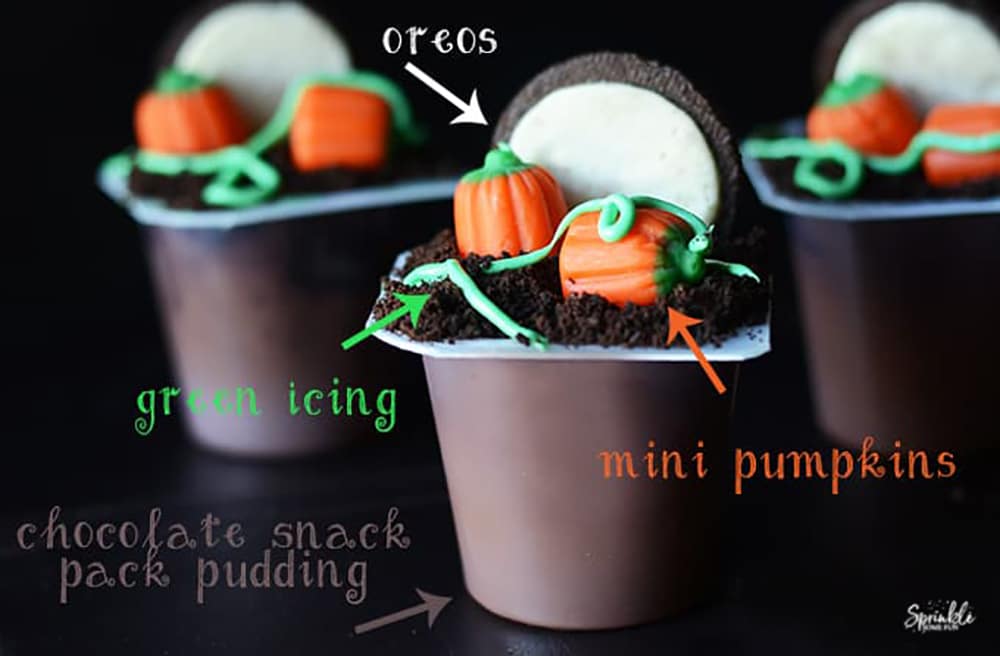 Today has already been much cooler and to celebrate the nice weather we are having some Pumpkin Patch Pudding Cups with Oreo Full Moons!  My kids and I had fun creating these and I know we will be making them again as a fun Fall treat. Making these was super easy.  I just twisted the Oreo’s apart and laid aside the halves that looked best as moons and the other halves I laid aside to become the dirt for the Pumpkin Patch.  Before making the dirt take off all the creme on the Oreo cookies then whirl them around in a blender or food processor until they look like dirt. To assemble just sprinkle the Oreo dirt first as the base. Then add two mini pumpkins and pipe some green icing with a #2 tip for vines.  Then take the Oreo half that looks like a moon and place it to the back of the “scene”.  Now enjoy your super cute creation!!! 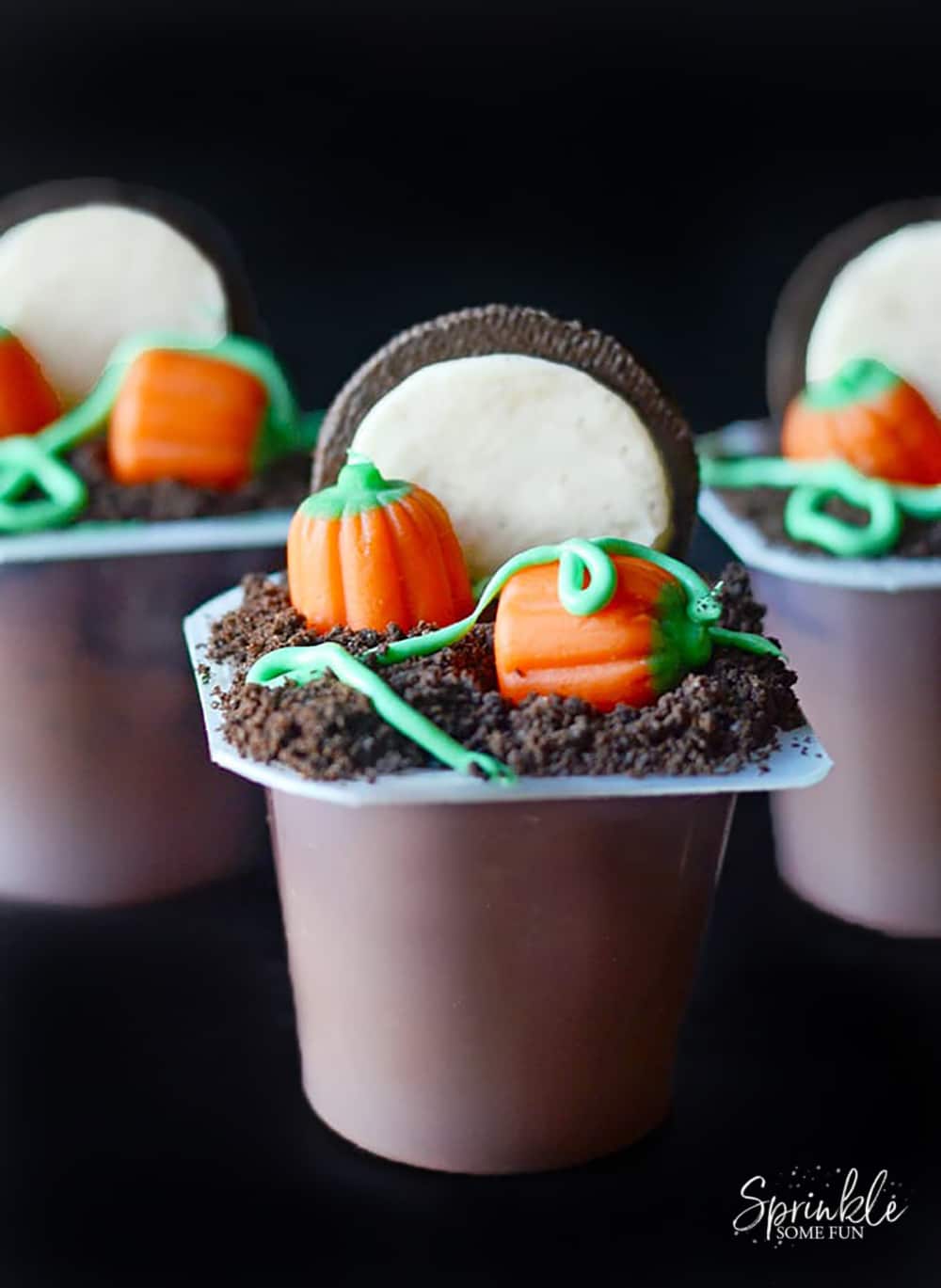 My kids and I had fun creating these Pumpkin Patch Pudding Cups and now we make them regularly as fun Fall treat.

Oreo’s and pudding cups were made to be together and I love how the crushed Oreos look like dirt and make the perfect ground for the little candy pumpkins.  Crushed up Oreo’s in pudding tastes just like cookies and cream .  Snack Packs pudding packs make it easy to whip up a fun snack fast!  Snack Pack puddings are an easy choice for my kids and our fave is the chocolate!  It should be easy to find all the elements of this snack recipe, but I’ve given some suggestions of other add-ins below.

To assemble just sprinkle the Oreo dirt first as the base. Then add two mini pumpkins and pipe some green icing with a #2 tip for vines.  Then take the Oreo half that looks like a moon and place it to the back of the “scene”.  Now enjoy your super cute creation!!!

See recipe BELOW just scroll to the end!

I don’t know about your kids, but my kids would eat this kind of Halloween Snack everyday. 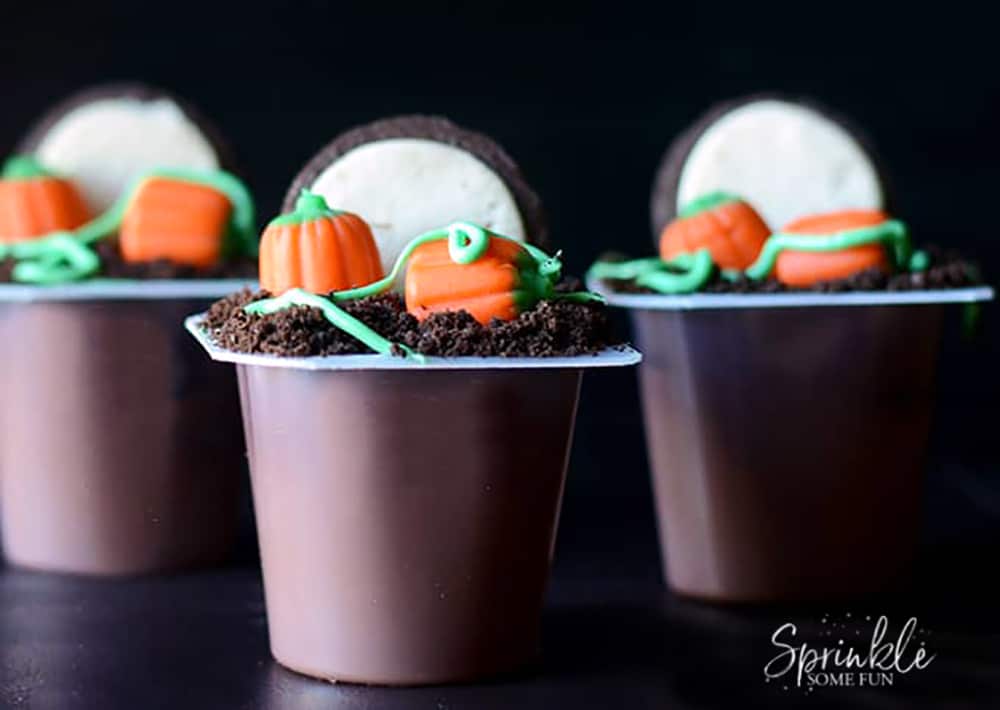 Since we first made these Full Moon Pumpkin Patch Pudding Cups in 2014 they have been an annual family tradition!

A friend of mine says these Full Moon Pumpkin Patch pudding cups look like a scene from “It’s a Great Pumpkin, Charlie Brown” and I agree!   Linus was not ready to leave the pumpkin patch and neither are we… these are just too cute.  We like to watch the movie and make these as our snack.  A little spooky and a lot of CUTE!  What Halloween or Fall themed foods do you like to make when the weather starts to cool down? 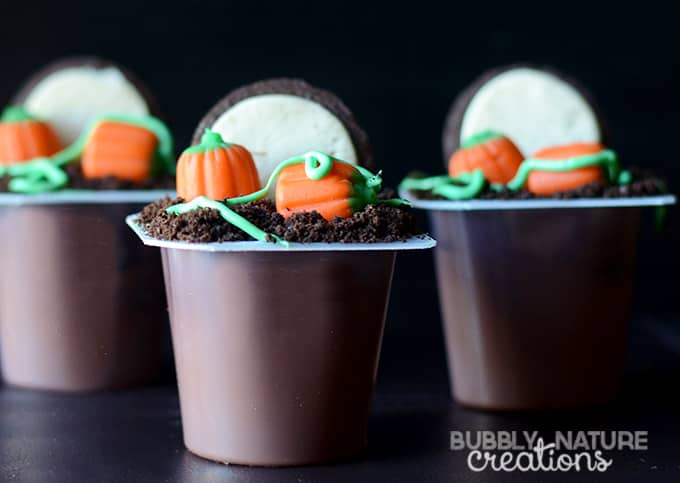 Want another easy Halloween idea using pudding cups?  Here is my recipe for Spider Infested Pudding Cups!  I think making the Spider Pudding Cups and the Full Moon Pumpkin Patch Pudding Cups would be fun together!  Make them for a Halloween themed party or just a fun after school snack. 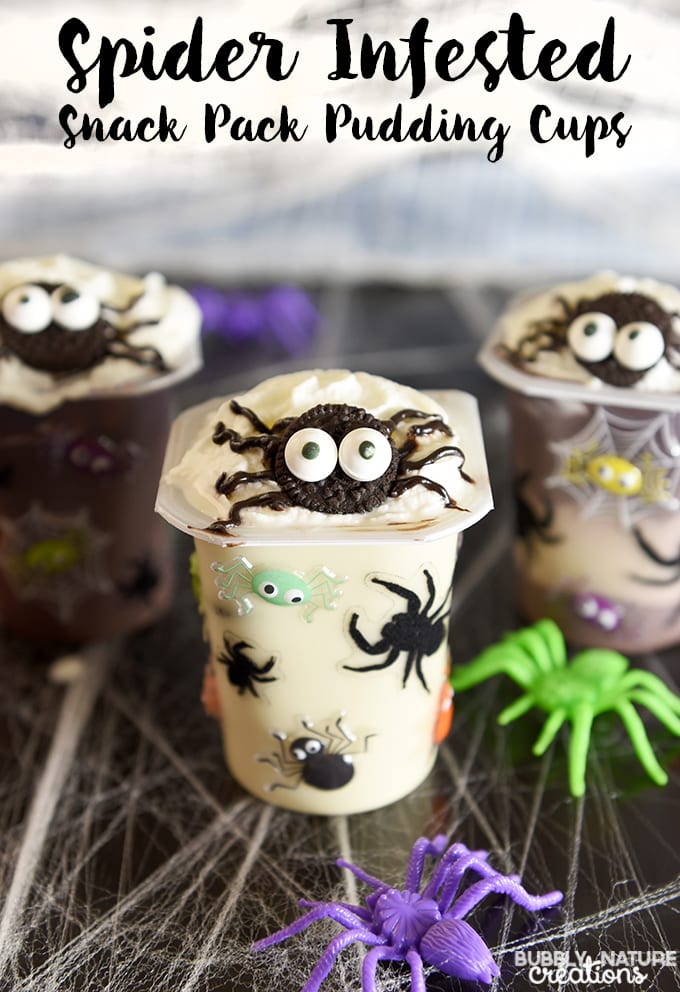 The best part of these Pumpkin Patch Pudding Cups is how great they taste!

The Oreo dirt mixes in with the pudding to give it a cookies and cream taste.   Full Moon Pumpkin Patch Pudding Cups remind me of  the dirt cake or dirt pudding that I grew up eating, but instead of gummy worms they are replaced with the Mellowcreme pumpkins.  I think the pumpkins taste 1000% better than gummy worms with pudding.  The mellowcreme pumpkins work really well in this for flavor as well as cuteness. 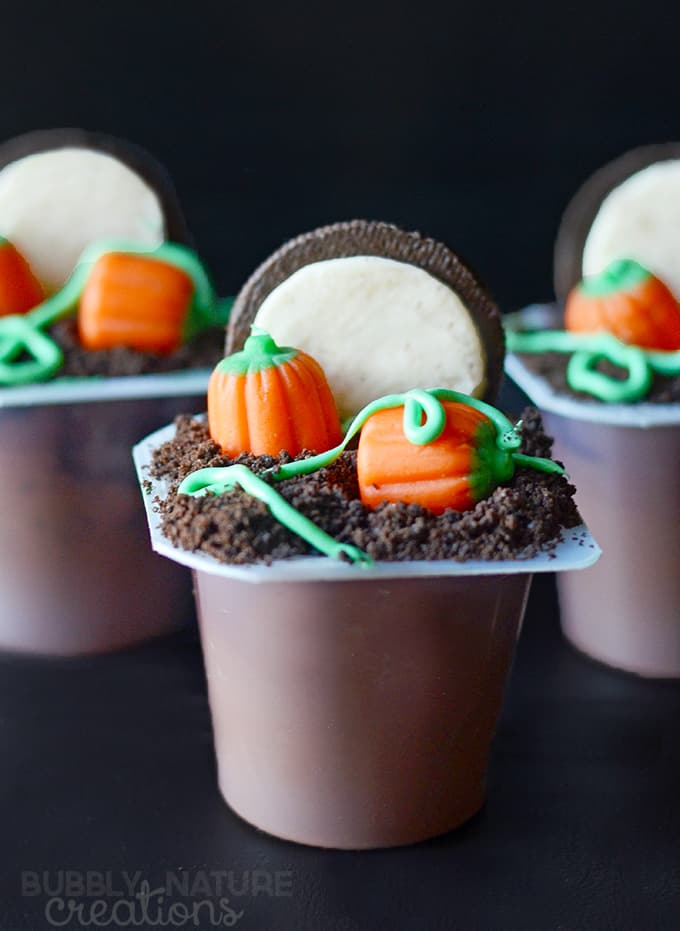 I think you will enjoy this easy recipe and I hope it becomes your new Fall/ Halloween tradition too.  What would you add to a Halloween or Fall themed pudding cups?  Share your ideas in the comments below. 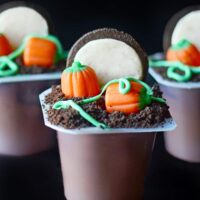 These are so creative. I love them.

12+ Hacks For Your Best Halloween Yet – Just Kooki

[…] from Sprinkle Some Fun created these adorable pumpkin patch pudding cups to celebrate the season. Just take some pudding […]

25 Halloween Treats Your Kids Will Go Batty For